Take back control of your health 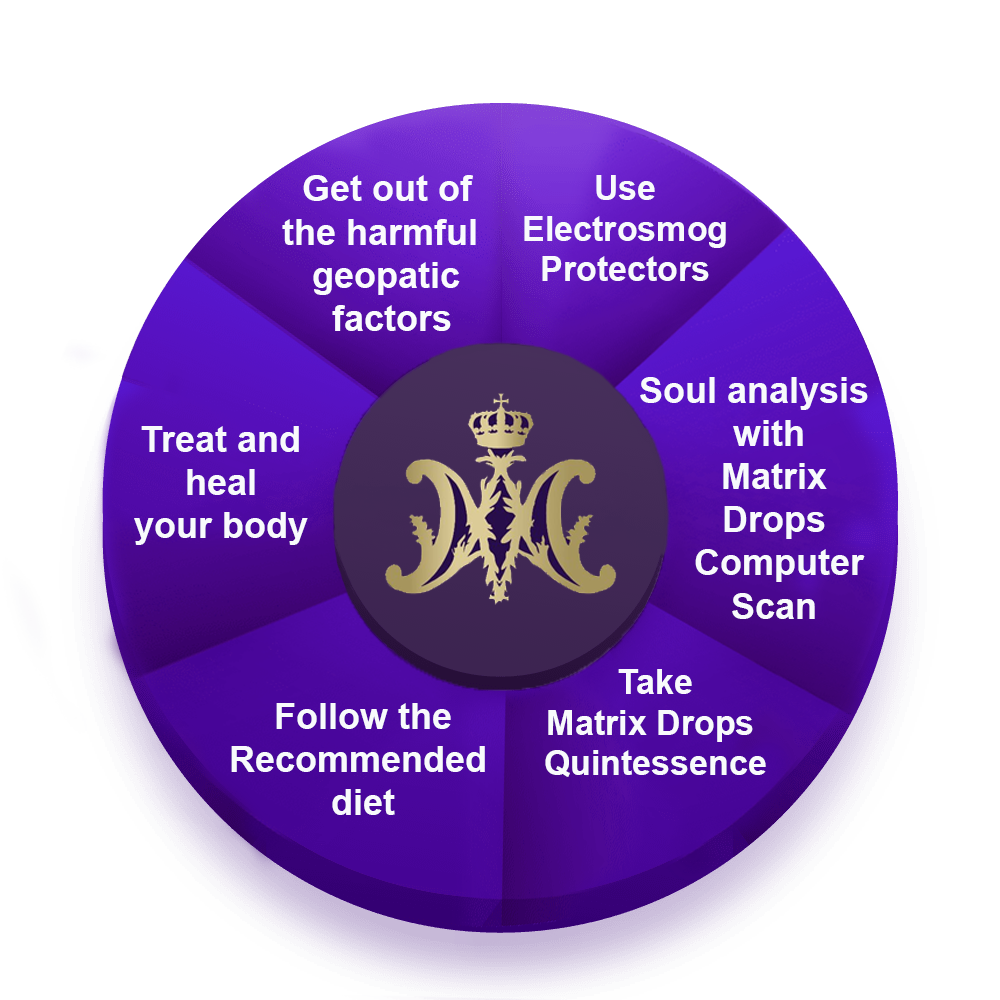 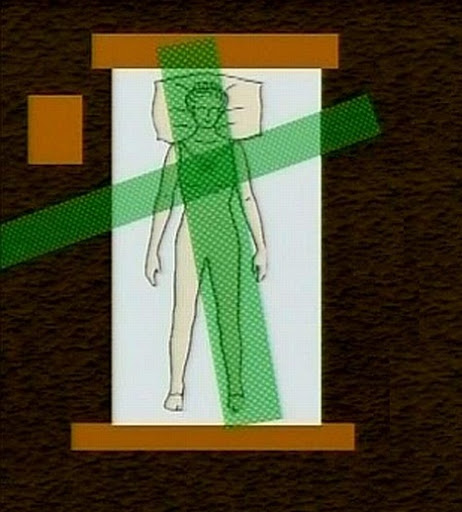 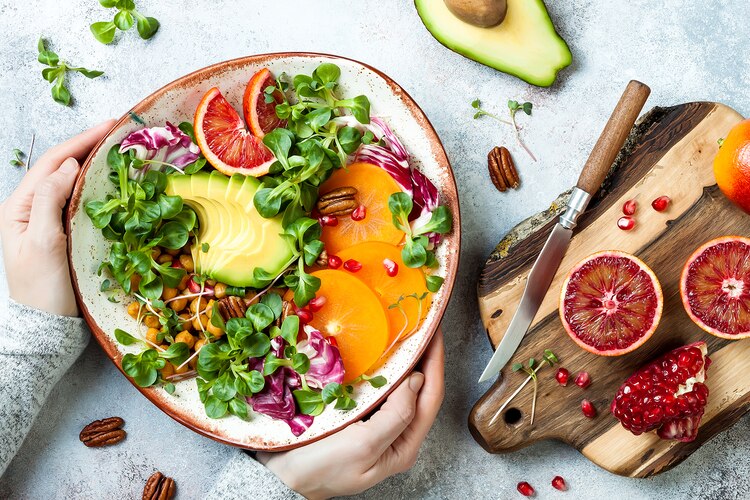 Avoid all gluten, milk, egg (egg white only), soy, margarine, sugar, soda (drinks) based food, including anything treated with hormones and antibiotics in the meat section. Avoid also trans fats, aka fried foods. 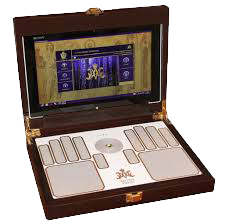 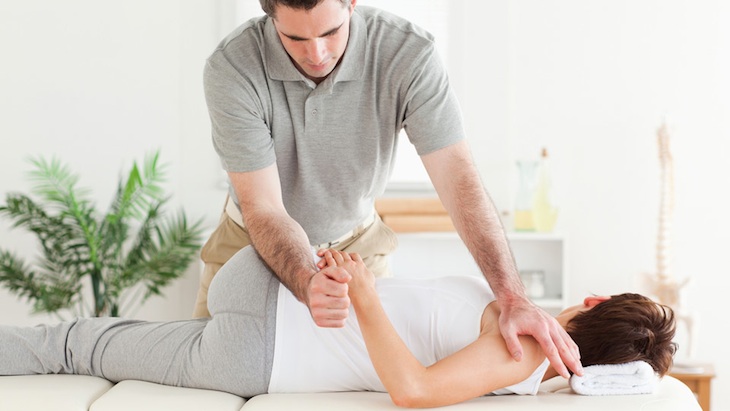 Treat and heal your body 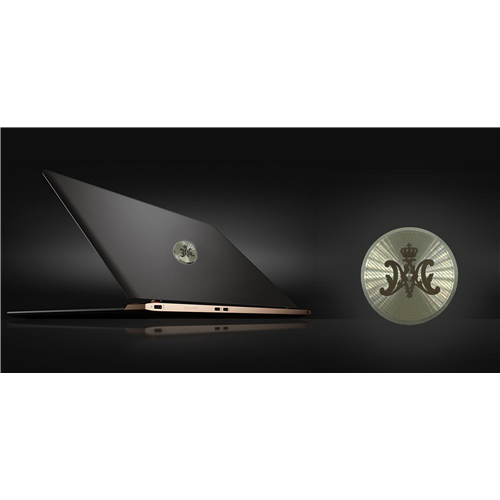 5G and other electrosmog protection

The following information is of observations and not scientific facts.

Through measurement of the auras of more than ten thousand persons, we observed that the vast majority of the chronic diseases are from a strange, unseen, background phenomenon. It can occur that people’s bed at night or their seats in their workplaces are “in the wrong place”, above earth radiation.

The earth has a negative radiation which is harmful to the health and is called geopathical radiation (Hartmann-grid and underground water veins.).

Position of the sleeping place is key

There are two kind or negative earth radiations.

Positioning of the Hartmann zones 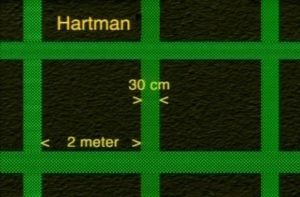 Hartmann zones repeat every two meters, in north-south and east-west directions. Their widths are thirty centimetres.
We have observed that if someone, at nights or for an extended period of time during the day is around, lies or stays above this radiation, after a while inflammations may occur in the organism from this stimulus zone which goes through his body.
Hartmann zones, after a while, up to 4-5 years, heart attack (infarctus myocardii) can occur.

Water-vein stream under the earth 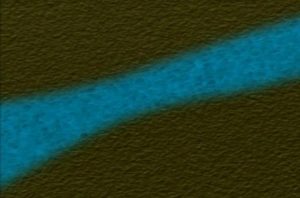 There is a stronger zone, apart from the Hartmann ones, which is underground water vein radiation from deep within the earth.

The width of the water stream can be 60-80 centimeters or even up to two meters. The water streams can be 5-10-30 or up to 80 meters deep under the ground.

Also the patients with cancer are often located above a concentration point of an underground water veins and Hartmann zone.

Old observations point out that if we are lying above a concentration of Hartmann zones which crosses the lower abdominal, uterine – ovarian – prostate – colon cancer can occur.

Our observation is that cancer patients are often located above a concentration point of an underwater stream and Hartmann zone. We have made a map system which was publicized after the measurement of more than 300 thousand people’s auras. It shows more than thirty situations, where geopathical radiations are behind diseases. 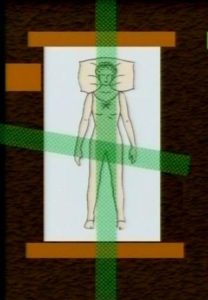 Concentration of Hartmann zones at the lower abdominal area 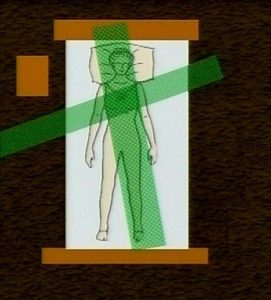 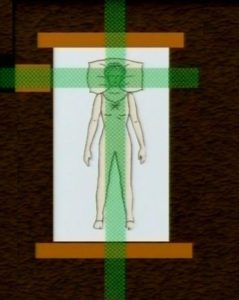 Concentration of Hartmann zones at the head

It is an observation that the bed of epileptic children is usually in such a place where there is concentration of Hartmann zones under the head. We have found that staying in the Hartmann zones can cause and maintain inflammation and chronic inflammation. 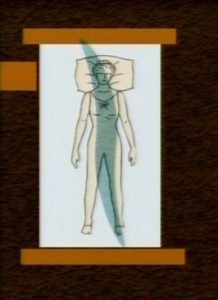 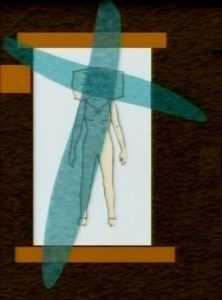 The junction of the underwater streamlets at the head
Hungary is classified in first place in the statistics for committing suicide. Measurements taken for more than 60 people who had committed suicide have revealed that there were always junctions of underwater streamlets at the suicidal people’s beds, below the head. These very serious energy problems start with depression, continue with pressing psychological stress and can lead to suicide. 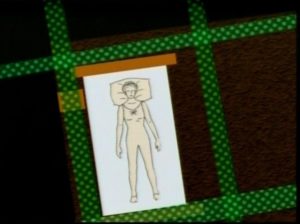 Bed place free of ground radiation
Our observation is that if the patients put their beds into a “good place” which means a neutral, underwater stream and Earth radiation-free zone, the further development of the diseases can be stopped. Often, after some weeks, they can begin to heal by themselves.
Such extraordinary results may happen if we change our previous lifestyle, when deaf ears hear again, spectacled people’s eyes improve 1-2-3 diopters, when the thyroid hyperactivity is resolved, when 10-20 year old skin diseases – eczema – psoriasis disappear within a few weeks.
These concepts must be introduced to the people because, as long as there is no concept, they have no idea about these things!
Radiesthesis – detection of radiation
Geopathical radiations
“There is nothing mysterious unless you do not show it.
Nothing is hidden unless it remains concealed.”
Have you ever felt that strange, mysterious and incomparable feeling when you enter a medieval building such as a church? Probably yes. But do you know what the rational explanation for this feeling is?
Well, it could be easy to answer the question to the people of the Middle Ages, it seems incredible to explain it to the people of our age. Radiesthesis– detection of radiation, has almost disappeared today from architecture. Today the location for several generations is chosen randomly, forgetting those results which were used by medieval colleagues.
Many of our several hundred years old churches were built up following the guidelines of radiesthesis by the magi of that time. They found those positive Earth radiations from which beneficial effects can be felt even today.
By ignoring the positive Earth radiation – the skeptics might say – at best, that these places have lost their magic. But by not taking notice of harmful, negative radiation, however, (as thousands of registered cases prove) our health and lives and those of loved ones can be at risk.
What is this phenomenon, really, which can erupt from the depths with healing energy, or damaging effects on life?
The geopathical radiation is one of the aspects of the huge mass of energy inside the earth forming a grid of squares which lie upon the surface of the Earth. Today, the world knows this radiation from the first person who publicized it, as Hartmann zone. We observed that if the Hartmann zone crosses the body for a long time, for years, such as passing through the bed, inflammations, allergies and other diseases may shortly appear at the meeting point. Many of them, of course, can be healed by medical treatment.
Our experience shows that if the cause is not recognized, sooner or later the complaint re-occurs again, the disease becomes chronic. The other group of negative radiations, which is also not to be neglected, are the radiations emitted by underwater streams. We have monitored that the detrimental health effect can be more serious than that of the Hartmann zones. The establishment of disease depends largely on where these rays reach, where they cross our body.

When quality development stops in one’s life or gets blocked, moves towards a quantitative change.
This can lead to „overproduction” of the cells!
Avoid the following products ! 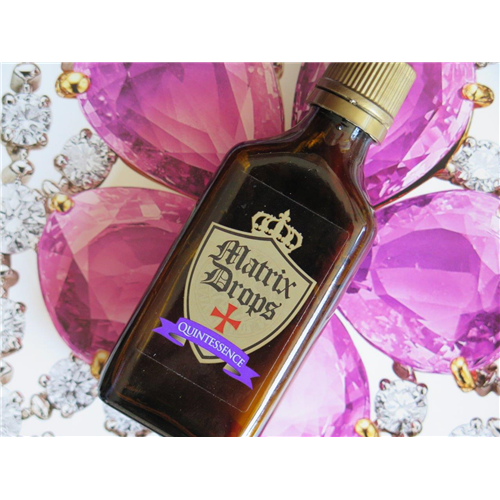 Matrix Drops Quintessences contain water programmed with pure, elemental information. Information is teleported into the water using a quantum physical device where, through a special procedure, they get stored in stable form for decades. As little as 10 drops of carefully selected Matrix Drops can trigger significant aura increase which is the clear sign of extraordinary positive effects on the human organism.

From the water, the human organism is capable of directly accepting the programmed information. The perfect information patterns repair information fields that are out of tune in the body. This process is similar to a computer software upgrade.

Physical problems are often the reflection of the invisible etheric body fields.

The Matrix Drops Computer (MDC) helps to discover and explore the invisible worlds within us, which clearly shows us our problems on different energy, emotion, thought, relationship, soul and spiritual levels. In a higher dimension,one can only reach a state of equilibrium when the proposed problems are found and treated accordingly.
MDC can detect these information blocks and the computer recommended MD’s can correct it.
Understanding and causing things to change are the only way to solve it.
Matrix Drops is essential and will provide us the help necessary to tune our etheric body levels. Achieving a quality lifestyle by fixing all the distortions in our body is simply the first step.
Many feels their autonomy gets damaged as a result of vaccinations.
The restoration of information blocks, accumulated radioactive materials ,heavy metal and harmful chemicals in the body with Matrix Drops. 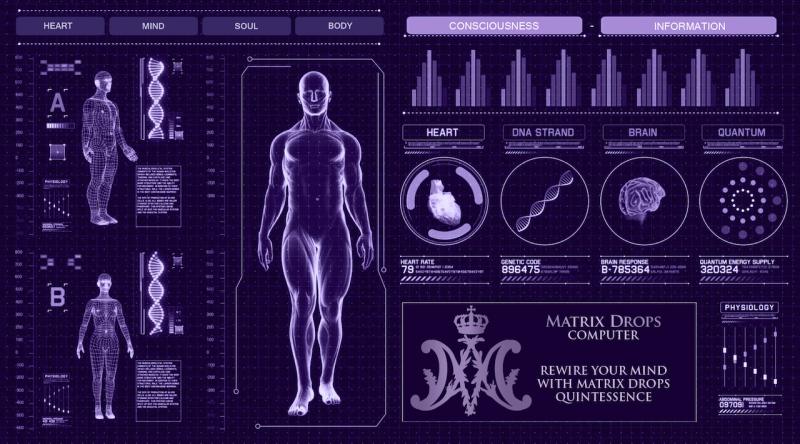 Physical problems are often the reflection of the invisible etheric body fields. The Matrix Drops Computer (MDC) helps  to discover and explore the invisible worlds within us, which clearly shows us our problems on different energy, emotion, thought, relationship, soul and spiritual levels. In a higher dimension,one can only reach  a state of equilibrium when the proposed problems are found and treated accordingly. 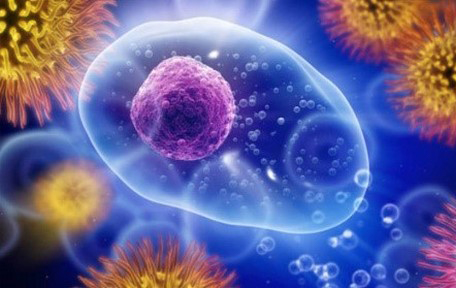 Symphony of the soul

Modern science observes energies and vibrations that can be found in the world and in humans. There’s something above all which had created everything else, such as vibrations, energies, minerals in living beings, including humans, in this world. That is information. 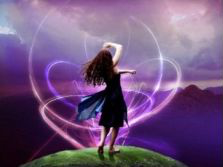 Increasingly worry news and reports appear on the World Wide Web about electrosmog (Electromagnetic Radiation) and 5G radiation. Trees living near the 5G mobile towers and the bees flying around them are also dying. Watch the document video made about this:

Electrosmog is the electromagnetic radiation emitted by electrical appliances. The human body has not been subjected to such a serious degree of electrosmog load a few decades ago. The number of the set up transmission towers and radiant electrical equipment is radically growing in our world, in parallel the amount of disharmonious force fields increased. As a result, the electromagnetic radiation exposure increased more than 300 times on average. Recent summaries suggest that the values are even more daunting for 5G. The growing concern made the necessity of protection against the harmful radiation even more justified and indispensable. Electrosmog keeps the body in a state of constant stress, which continuously increases the tension and irritability in all living beings. As the stress increases, the immune system strength decreases. Radiation is not perceptible directly to our senses, but it is ubiquitous in our environment in the form of basic or background radiation. 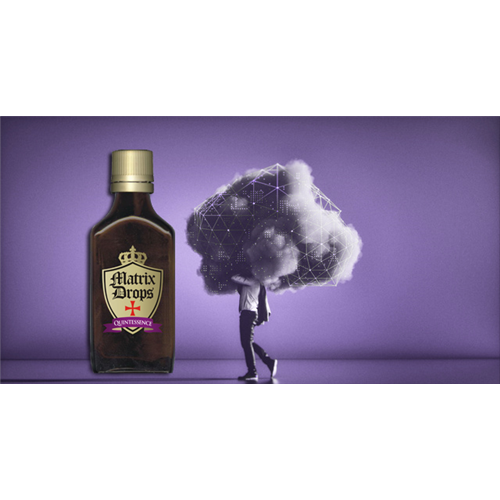